Get to know the members of AFSCME Local 88. They’ll share aspects of their personal, work, and union life so you can have an in depth view of who they are. For our first profile, we would like for you all to get to know Percy Winters Jr as he transitions from Local 88 President to President of the Pittsburgh Steelers Fan Club.

I’m a single father from one of the most racist states in America: Mississippi. I came to Oregon simply looking for change–to escape racism and find better jobs and opportunities for me and my family. What I found out was that racism is everywhere. Whether it’s in front of you, besides you, or behind you, it still exists.

I worked for nonprofit organizations for 9 years. Unfortunately I couldn’t cover my children on the insurance–it was too expensive and I wasn’t making enough money. My friends were working for a government agency and encouraged me to apply. I applied for a part time position with Multnomah County in 1999 and within a month I had moved to full time, with benefits–especially insurance to cover my children.

Once I started working with Multnomah County I was able to see all the opportunities and educational classes that they were offering. I started taking classes and attending meetings, especially diversity meetings. In 2001 I became the volunteer coordinator for the Northwest Public Employees Diversity Conference (NWPEDC). It was through these meetings that I found out I could be a voice for others who did not think they had a voice. Now I have been co-chair for the NWPEDC since 2006 and we as a committee have grown into the largest DEI conference in the Pacific Northwest.

After moving to the Health Department in 2012 I was appointed Lead Steward for the Health Department. It was during this tenure that I saw discrepancies in regards to HR investigations of people of color compared to our white members. I knew then I had to be more than a lead steward. In 2017 I put my name in the hat to become president of Local 88. I am the very first Black male president of Local 88. I knew to make change I had to be in a seat that I could advocate for change at the top.

I have been President for 4 years. We have had accomplishments. We have had failures. But what we have done is grown and stood together as a local. I look at my 4 years as president of Local 88 as I would my family. Family is important to me just as well as the local is. I’m going to miss being behind closed doors, having robust conversations with county leadership, and strategizing with the members what is best for Local 88. I have no regrets.

I will continue to be involved in Local 88 union activities. However, I think it is time for a new voice, a new leader, and a new direction. I will continue to stand with the new president and with Local 88 on all issues that impact our members.

Watch Percy pay tribute to one of his mentors, Robert Phillips. 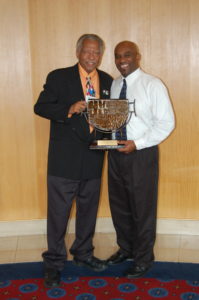 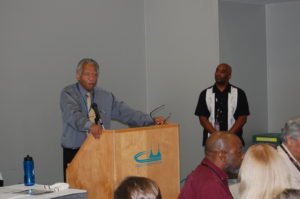 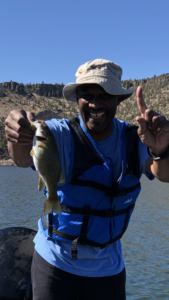 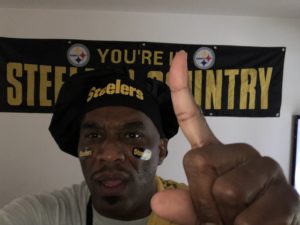 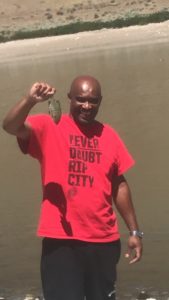