Get to know the members of AFSCME Local 88. They’ll share aspects of their personal, work, and union life so you can have an in depth view of who they are. For our next profile, meet Penelope Morton, Lead Steward for the Department of County Management (DCM).

I grew up in a small town, Klamath Falls in southern Oregon, until I was 18. I always knew that I would leave after high school. I come from a big family of five kids. We’re all very close and we all live in Oregon. I also have a dog named Rocco. I got him through a rescue from the East Coast. HE IS THE BEST DOG IN THE WORLD. I went to college at Southern Oregon University. I have a degree in psychology but never really used it, at least not the way that I initially intended to use it.

I moved to Portland after college and was drawn to the city for the diversity that it has. I started at Multnomah County about 5 years ago. I currently work in Employee Benefits in a Limited Duration Assignment (LDA). I’ve been there about 7 months. I started out on-call in the Health Department in 2016 and then was hired permanently in the Department of County Management in 2017. I’ve been there ever since.

Previous to working in Employee Benefits I was a Finance Specialist in DCM Business Services–I processed accounts receivable & accounts payable and helped with travel and training for the department. In Employee Benefits I have been working on the transition from Moda to Cigna, primarily focused on helping employees who have had challenges with the transition get the care that they need. I also help employees understand and navigate accessing their benefits.

I am passionate about employee advocacy and about building power for our union through a strong contract and being a Steward. I love that the union allows employees to have a voice over the way things work in the county. I decided to become a steward for Local 88 around 2019. I wanted to become a steward because I worked for a previous employer who was union when I started and they decided to break the union. I was one of two stewards when I started and by the end I was the only steward for the organization. I did it because I saw the importance of having a steward to represent union members.

We had gone to the bargaining table in good faith but management stopped negotiating and drew things out. They started holding anti union meetings with employees and they were saying things that weren’t true, such as not being able to pay entry level employees above base pay, which the union wasn’t against. They were trying to drive a wedge between employees and the union. They were eventually successful in breaking the union. This is why I’m so passionate about Local 88 and having a union at Multnomah County.

I am the Lead Steward for DCM and would like to invite employees to contact me for steward assistance or if they have any questions. You can find my contact information in the current steward list. 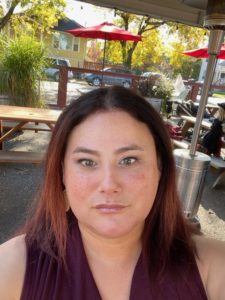